By now, most of us will have heard of the unexpected death of our colleague and friend Laetitia Brocklebank.  Laetitia had worked at Glasgow Dental Hospital and School for almost 30 years and made many contributions to the radiology specialty and to teaching.  She “officially” retired from her post as a Senior Clinical Lecturer/Honorary Consultant in Oral Radiology in 2015, only to return about 10 months later on a part-time basis. This continued until July 2020, when she was appointed as Honorary Senior Research Fellow at the University of Glasgow. Her untimely passing brings great sadness and there have been hundreds of messages of condolences sent to the University and the Dental Hospital from friends of Laetitia in all parts of the world. 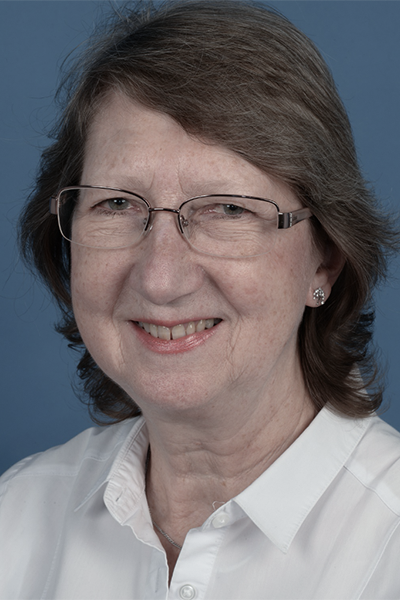 Laetitia Mary Finlay was born in the spring of 1952 in Beckenham, Kent, the daughter of John and Jane Finlay (née Hepburn), both of whom were Scottish by birth and ancestry. Her parents were strong role models for Laetitia’s life and career. Her father was in the legal profession and rose to be a High Court Judge. Her mother was also a high achiever, eventually becoming Vice-Chairman of the U.K. Equal Opportunities Commission. At 18 years of age, Laetitia started as an undergraduate dental student at Guy’s Hospital, London. She graduated BDS (University of London) in 1975, but after two years she was attracted to undertake postgraduate studies in Dental Radiology.  When, in the 1970s, Professor David Smith took over the Department of Dental Radiology at Kings College Hospital, one of his early projects was to set up a Master’s degree. His aim was to find and train dentally qualified people to supply the needs of Dental Radiology departments wherever in the world they would be required. Laetitia Finlay is remembered as a delightful, intelligent and highly motivated postgraduate student under the tutelage of David Smith, Brian O’Riordan and Malcolm Bishop. She graduated with her MSc in 1978.

In the summer of that year, shortly after her MSc exams, Laetitia met her future husband Malcolm Brocklebank. They married in July 1980. After her Master’s degree, Laetitia did some teaching at Guy’s and clinical work at Greenwich Hospital, but hoped to find a substantive position. Fortuitously, at this time a new Dental School had opened in Hong Kong and a Head of the Radiology department was being sought. Despite an initial reluctance to apply, Laetitia was encouraged by her husband and by Prof. David Smith to do so, resulting in her being offered the post, which she took up in 1981.

During her time in Hong Kong, Laetitia became involved in forensic dentistry, co-developing an identification method based on superimposition of a radiograph of the skull of an unknown person over a photograph of the possible match. She worked with the Hong Kong police on identification of bodies, including in several murder cases.  In her spare time, Laetitia and her husband enjoyed sailing their 28-foot wooden sloop, “Arawa”, taking part in regular race events, and she became the first female member of the exclusive Aberdeen Boat Club.

In 1984, while working in Hong Kong, Laetitia was successful in passing the examination for the Fellowship of the Royal Australasian College of Dental Surgeons (FRACDS) a qualification seen as essential for consultant-level status. It was also during her time in Hong Kong that the Diploma of Dental Radiology (DDR, as it was called then) of the Royal College of Radiologists (RCR) was established in the U.K., along with the training programmes that went with it. It must have been a challenge for Laetitia to obtain this qualification while working abroad, but she went on to obtain the DDR in 1988.

Although she had enjoyed her position in Hong Kong, Laetitia moved to Scotland in 1989, taking up a post at the Edinburgh Dental Hospital and School. Unfortunately, the School was scheduled to be closed soon afterwards. Although she continued to live in Edinburgh, she moved to the University of Glasgow as Clinical Senior Lecturer in Oral Radiology. Her time in Glasgow is recalled by past students with affection for her distinctive style of teaching and as a mentor. In 1997, Oxford University Press published her textbook “Dental Radiology. Understanding the Dental Image”. She also produced a steady output of journal papers, focusing on clinical aspects of radiology. She developed a clinical service at Glasgow in videofluoroscopy.

Laetitia was a consistent contributor to the British Society of Dental and Maxillofacial Radiology (BSDMFR), joining in 1978. After her return from Hong Kong, she resumed her active membership, presenting numerous clinical case reports and other presentations. None of us who were peers of Laetitia will forget her clear voice and measured style of lecturing. Her service to the Society was recognised when she served a term as President from 1997-99.  She was an enthusiastic attendee of IADMFR meetings and was successful in submitting a bid to host the ICDMFR Congress of 2001 in Glasgow, coinciding with the term of office of Douglas Lovelock as President of the Association. She was very proud of this achievement. She was also an enthusiastic supporter of the development of a new European Academy of Dentomaxillofacial Radiology (EADMFR) in the early 2000s.

Around the same time, Laetitia developed a new relationship with her partner, Professor Paul van der Stelt. She spent time in the Netherlands with him and made great efforts to learn some Dutch. They travelled widely together, both for pleasure and as part of their mutual involvement in EADMFR. They were both founding committee members of the fledgeling organisation; Laetitia became Treasurer and Paul became Secretary, lending their considerable professional experience to the establishment and success of the new Academy. Their contributions were recognised by both being granted Honorary Membership of EADMFR. We will miss seeing them together at future congresses and the chance to share some time with them. Our deepest condolences go to Paul.

Laetitia was awarded the Fellowship in Dental Surgery from the Royal College of Physicians and Surgeons of Glasgow in 1993, but it will be for her support of the Royal Odonto-Chirurgical Society of Scotland that many Scottish dentists will remember her. She rarely missed a meeting from joining in 1990 and served as its. President from 2003-2004. Her support for Dental and Maxillofacial Radiology in Scotland was second to none; all the current consultants in Scotland, and others, benefitted from her dedication as a trainer over the years and we will miss her greatly as a friend and colleague.

Laetitia was well known in Edinburgh for organising musical evenings with fine dining and wines. One other achievement that she was fond of telling people about was the fact that she was on the final flight that Concorde made before being taken out of service. Concerning slower means of transport, Laetitia was a keen cyclist, having purchased an electric bike a few years ago. She had taken part in multiple long-distance challenges with “The Pedalling Profs” from Glasgow and Newcastle Dental Schools and, more recently, raised funds for Retina UK by taking part in their Tandem Cycle Challenge.

While her professional contributions have been invaluable to the specialty of Dental and Maxillofacial Radiology, it is her personal qualities that we remember with special fondness. On both professional and personal levels, Laetitia was a mentor for numerous staff and students in Glasgow and throughout Scotland. Her passion for the specialty inspired many dentists whom she successfully trained to become radiologists. Her kindness and friendliness to others was exceptional. Socially, she breathed charisma into a room at our DMFR gatherings at home and abroad. She leaves many happy memories behind. We will all miss her vivacity and good humour.